On Friday, 10/17, my parents, brother Greg, and I took off on a tour of central and eastern Europe. The first stop on the trip was Prague in the Czech Republic. Prior to the trip, I’d heard lots of really good things about Prague, including several people who told me that it was their favorite city in Europe. Naturally, I had fairly high hopes for Prague.

The first day in Prague we started with a traditional Czech lunch (meat, gravy, and bread dumplings) and then spent some time wandering through the Old Town area. We also visited the Charles Bridge and then just wandered the city for a while. The second day we did a walking tour that took us around to a number of the same areas, but also included a river cruise and a visit to Prague castle. The last day we mostly spent wandering and drinking beer/coffee in various spots.

After visiting Prague, a couple of things stood out to me:

The architecture and the city itself are beautiful

I wouldn’t say that Prague has many “famous” tourist attractions the way you think of the coliseum in Rome or the Eiffel Tower in  Paris. They bill the Charles Bridge as “famous,” but I imagine most people have never heard of it.  But what Prague lacks in individual attractions, it makes up in the intricacy and ornateness of almost every building in the city. Well worth the price of admission just to wander the streets and admire the city itself. It’s the ultimate “they don’t make them like they used to” city. 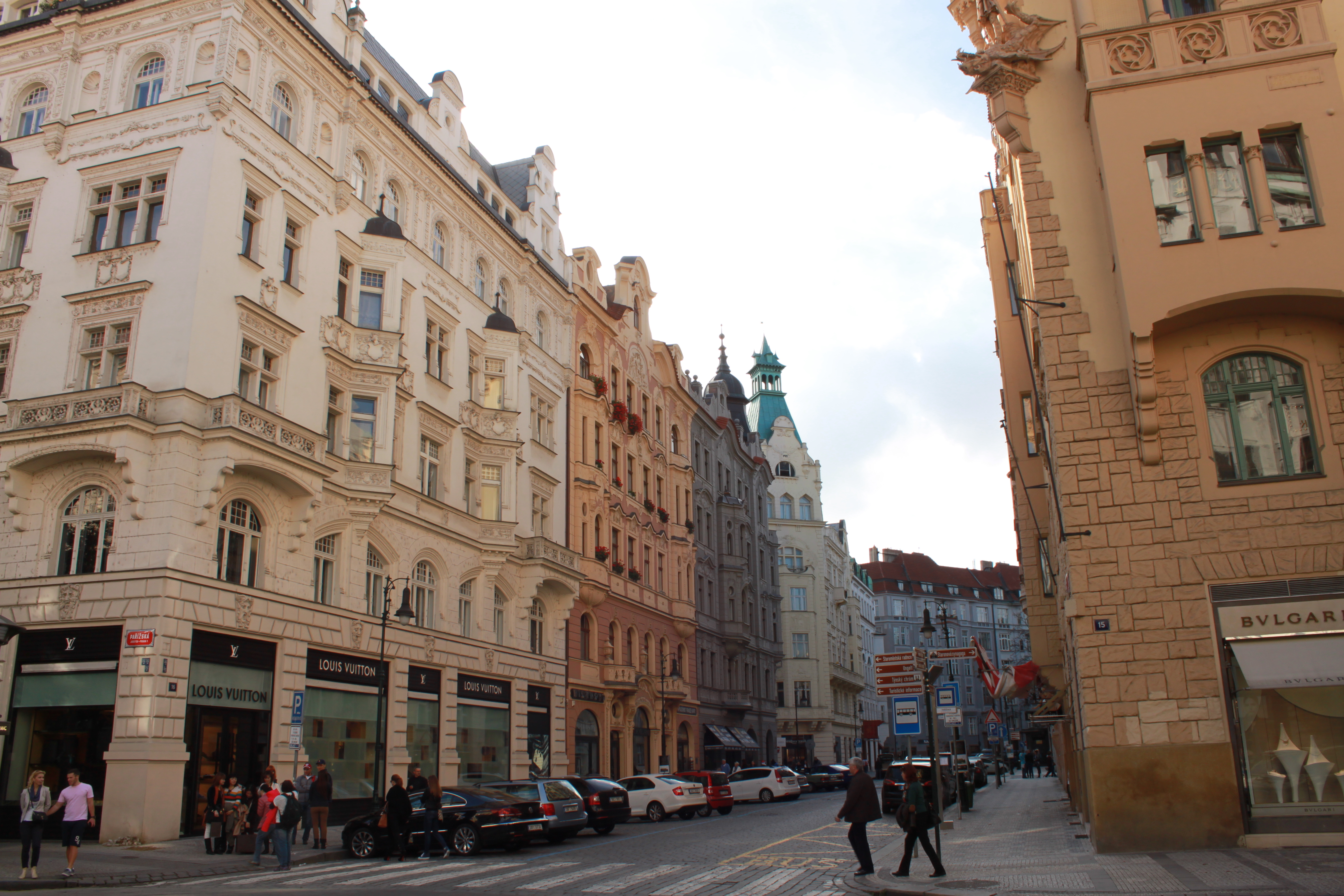 It felt like 9 out of 10 people in Prague were tourists. I'm sure this is in part due to the areas of the city that we visited and part due to the fact that the city itself is not all that big. In defense of Prague, they do seem to do a good job of at least attempting to avoid tourist-overload. In some other places where tourism is a significant source of income, it ends up feeling Disney-fied, where everything lacks authenticity and is simply a show designed to extract money from tourists. Prague didn't feel this way. It was simply the volume of people that was particularly noticeable.

I'm a little hesitant to mention this, given that my sample size is so small, but natives in Prague seemed to enjoy talking about the old history of Prague a lot, but also seemed to avoid talking about more recent history. We heard about and saw sites relating to the various dynasties of the area, the religious conflicts, and famous musicians like Mozart. But we heard very little about the communist history of the country.