We left Vienna via train and headed to Budapest, Hungary (side note: I wish that every American politician was forced to try out the European rail system before voting on any railway bills. I think we'd suddenly find the political will to get high speed rail available in the US if that were the case -- so convenient). After dropping our bags at the hotel, we had lunch at a traditional Hungarian restaurant (chicken paprikash, noodles, stew, etc.). Our first afternoon in Budapest was cold and rainy, so we bought tickets for the hop on/hop off bus. Budapest is more spread out than Prague and Vienna, which also necessitated a quicker way to get around. Most of the afternoon we spent just riding around, hoping to get a better feel for the city, but the weather made it very difficult. We stopped at Hero's Square and then had dinner at another Hungarian restaurant.

The second day in Budpaest was much nicer, so we took the bus around and visited most of the main sites in Budapest. We saw the Citadel, the Buda Castle/Palace area, Matthias Church & the Fisherman's Bastion, and took a river cruise down the Danube. The views of the Hungarian Parliament from the Danube were one of the highlights of the trip, and I think it may be my favorite building in the world that I've seen so far. The Matthias Church and the Fisherman's Bastion were also highlights of the trip. One thing we regretfully missed was the Turkish bath experience. A day and a half is certainly not enough time to cover Budapest. 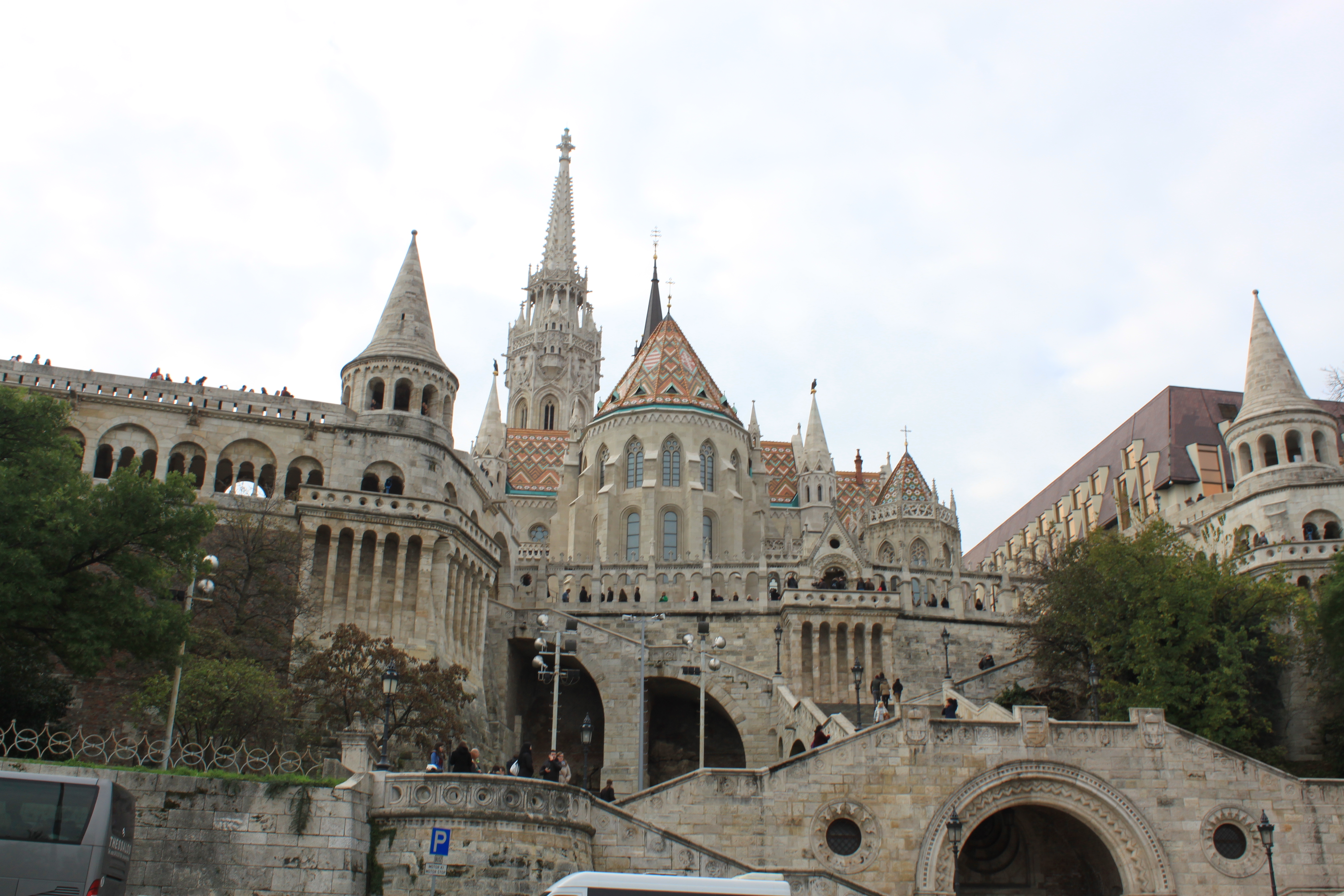 My main takeaways from Budapest were:

Apparently, somewhere in the range of 75-85% of the buildings in Budapest were destroyed during WWII. Today, though, you'd barely notice as the city was rebuilt but somehow still kept an amazing amount of the character and charm of old cities. Many of the buildings are in Art Nouveau and Gothic styles and give the city a great feel.

For some reason, likely the fact that the Turks ruled the area for some time, I expected there to be some middle eastern influences in Budapest. However, I didn't notice this at all.

Communist times are not discussed much

Like Prague, we heard lots about the history of Budapest from roughly 1000AD to the end of WWII, but very little about history after. Maybe I'm just interested in the time period due to the connection to American history and the cold war, but it was noticeable that none of the historical tours or sites seemed to involve that time period much. Then again, it's possible that I'm just reading into it too much.